Trust the millions who trust us

Book your Transat European getaway with us. 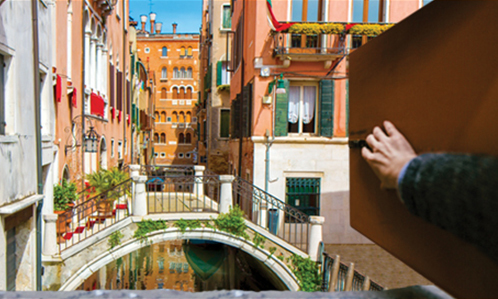 With packages to over 26 destinations, see Europe in all its beauty. Whether you’d like to sit by the beach in Portugal, go island hoping in Greece or visit stunning castles in France-- Transat can make your dream getaway a reality!

As Canada’s largest network in leisure travel, discover why millions trust us.

With over 400 locations, 365 websites and 3000+ travel professionals; our team can help you get to any dream destination today! 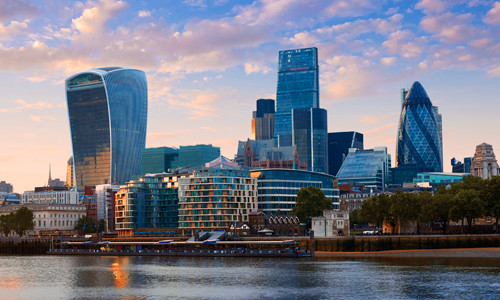 Westminster Abbey
See Westminster Abbey where Prince William and Kate got married! The world-famous boys’ choir, the Choir of Westminster Abbey, sings in daily services. The music and acoustics will likely make you forget to breathe, and you’ll crane your neck to see the architecture. Royal coronations take place at Westminster Abbey, and it’s an irreplaceably empowering experience to stand where Kings and Queens wore the crown for the first time.

Aside monarchs, famous people were buried in the Abbey including: Isaac Newton, Charles Dickens, and Charles Darwin.

Buckingham Palace
See where the Queen lives and dubs knights! At Buckingham Palace, you can watch the Changing of The Guards where the Queen’s guards change shifts. It’s not just a ceremony for visitors to see: England employs the guards as soldiers. A military band plays for the ceremony. Aside from traditional military marches, the band also plays well-known songs.

The London Eye
The London Eye-- Europe’s tallest ferris wheel-- will give you a magnificent view of The Houses of Parliament and Big Ben. You may already know that people regularly mistake Big Ben for the parliament tower named Elizabeth Tower. Big Ben refers to the clock on the tower. In any case, you’ll stare at the view from the London eye with bright eyes because it’s a rare perspective and it’s breathtaking.

Transportation and Museums
Transat packages include transportation by air-conditioned coach with a professional guide throughout the trip. However, if you’d like to venture out and explore on your own, you can take the metro. It’s easy-- just remember to “mind the gap,” as Londoners say (watch your step from the platform to the metro). Did you watch the Royal Wedding of Prince Harry and Meghan Markle on TV and want to see Windsor Castle in person? You can take a train to Windsor! 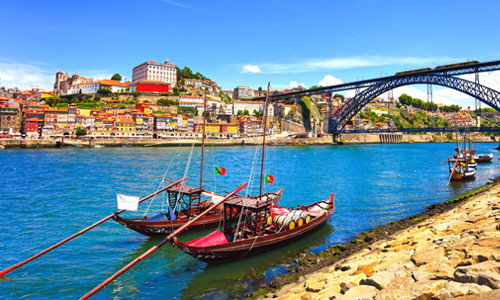 There’s nothing quite like replacing tasty exotic meals, beautiful beaches and breathtaking landscape views. Discover the ultimate Portuguese experience and immerse yourself in the relaxing comforts of Transat vacations and guided-tours. Visit the old historical district of Alfama and Barro Alto, enjoy the impressive architecture of the world-famous Torre de Belém and discover the beautiful streets of Lisbon. Our friendly and personable Travel Professionals guides can help you with booking your next Transat European vacation package!

Liberty Avenue
If you get a sense that Liberty Avenue resembles Paris, you’re not wrong. The original designers intended Liberty Avenue to seem Parisian. Shop, visit cafes, and enjoy the ambiance of a Parisian Portugal: it’s romantic, chique, and gloriously quaint.

Belém Tower
The Torre de Belém functioned as military defense. The most notable part of the Tower of Belem? Probably the Rhinoceros Gargoyle. That’s the kind of architectural fusion you get from encounters with France and India.

Douro
The Douro is a place known for wine on the river Douro. If you want to go wine tasting, it’s an ideal location. Visitors will view lovely scenes from the vineyards. If you’re more interested in learning about the history of the Portuguese wine than drinking, you can visit the Douro museum. 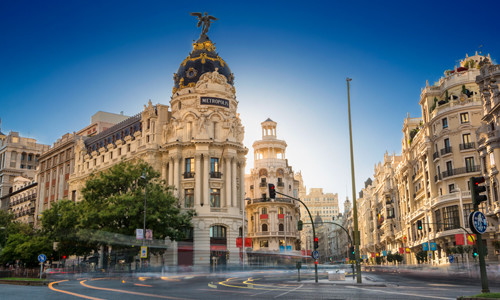 See Messi play futbol, Retiro Park
Want to see one of the best futbol players in the world? Join the die-hard Spanish fans to watch Messi play for FC Barcelona. Maybe you’ll get to see one of the biggest sports rivalries that exists. The rivalry between Real Madrid and Barcelona runs deep. Even if you’re not a futbol fan, you’ll feel an urge to passionately yell alongside the fans. If you don’t feel overwhelmed by the powerful and magnetic energy of a Spanish futbol match in person, you’re probably watching futbol in a different country.

The sea
Take an Air Transat flight to Spain to enjoy the Mediterranean Sea! You can join a tour to go sea-kayaking, paddleboarding, snorkeling, or surfing. If you’d rather soak up the sun and relax in the sand, there are plenty of wifi on beaches in Barcelona.

Discotecas
After resting well from a nap, people go out at night. There’s a ton of clubs and places to dance. If you’re thinking, ‘I’m not a dancer,” don’t worry at all. There’s no pressure to dance well at a discoteca or club-- it’s liberating, inclusive and fun! Ibiza didn’t gain an international reputation for its nightlife for no reason. It’s on an island in the Mediterranean, and Spaniards know how to have a good time.

Balearic Islands including Ibiza
Since so many cultures have influenced Spain, the cities and regions vary. Our Air Transat guides will help you decide which activities or settings will fit you best. The Balearic Islands contain the jewels of the Mediterranean: Ibiza, Majorca and Minorca.